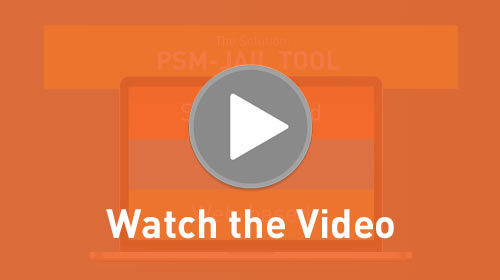 Jurisdictions struggling with jail overcrowding have a new tool available to them: the Projection and Strategy Model-Jail (PSM-Jail), a dynamic, web-based application that uses research-based methods to (1) forecast future jail populations, (2) identify strategies for reversing increases, and (3) model the effects of various policy decisions on limited jail resources.

Justice System Partners and MW Consulting developed the PSM-Jail tool with support from the Laura and John Arnold Foundation. The tool has been tested by jurisdictions across the United States and between now and November 20th, the first 10 accepted applications will receive the PSM-Jail for free for one year, which includes access to the tool and eight hours of technical assistance. Additional applicants will receive an introductory rate of $1,000 for a one-year subscription, including eight hours of technical assistance, but applications must be received by November 20th.

For example, if a policy decision would lengthen sentences for a specific population, jail administrators could use PSM-Jail to determine how the longer sentences would affect jail bed use. Or if 35 percent of a jail’s inmates were known to be substance abuse/possession offenders, the tool could identify strategies for reducing the likelihood that members of this group will reoffend.

PSM-Jail provides the evidence that supports each strategy it identifies and also supplies reference material and additional informational links.

Boulder County Community Justice Services took part in testing the PSM-Jail. “I love the policy modeling feature that allows our county to rely on data instead of opinion to examine proposed policy changes,” said Alison Birchard, a research and planning analyst for the department.

The PSM-Jail tool was designed to help agencies build their capacity to forecast jail populations and identify the impacts of new policies themselves. But fee-based technical assistance also is available, as needed, from Justice System Partners.